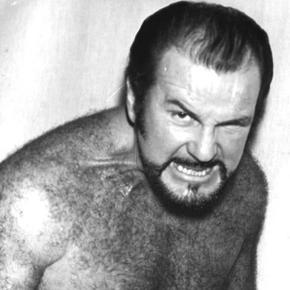 Born as Francis (Frank) Stewart (June 9, 1935 – August 3, 2013)  he was an American professional wrestler and wrestling promoter, best known for his time spent competing in Pacific Northwest Wrestling under the ring name Dutch Savage. Born in Scranton, Pennsylvania to parents Frank and Katheryn  (O'Hara) Stewart, Dutch was raised in very poor times, at the tail end of the depression. His father Frank was a coal miner and would also run milk routes on the weekends. Eventually, the mines shut down and forced the Stewart's to find a home elsewhere. The family eventually moved first to Newark, Delaware, and the the Elkton, Maryland, where Frank started working in a tank factory. From here Francis attended both Newark and then Elkton high school. Francis excelled in  athletics where he was all state in football, basketball, baseball, and track and field. 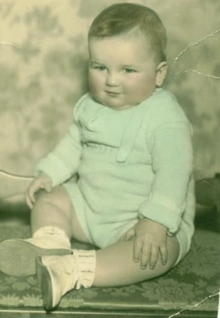 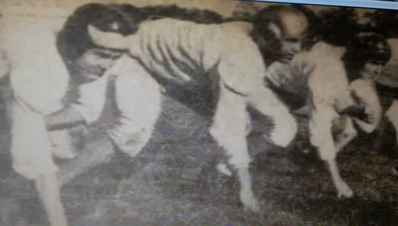 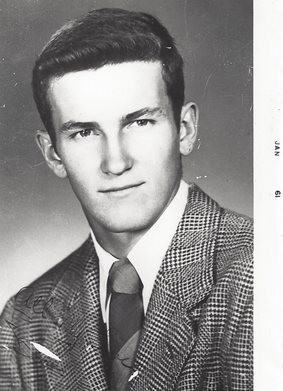 Francis' senior photo (Elkton High School)
After high school, Francis enlisted into the United States Air Force. At this time he met his first wife Nancy Callaghan and had two children, Danny and Charlotte. After sometime in the service, Francis was noticed for his "god-given" athletic ability where he was eventually put into special services. Here he played football, basketball, and baseball for base team to finish out his enlistment. After he served his time in the Air Force, Francis received a football scholarship to Marshall University in Huntington, West Virginia, where he attended for only one year due to a football related injury. Francis eventually divorced his wife Nancy, and moved back to his home state of Delaware.
Francis later went to work for the chemical company DuPont in Wilmington, Delaware, as a junior executive.  He met his second wife Fran sometime at this point, where she bore him three children, Mark, Mitzi, and Mitchell. After sometime, Francis' school pal Carl Dennis Campbell, now known as Luke Brown, tracked him down at the DuPont Company to talk with him. Luke Brown came to persuade Francis to get into the professional wrestling business. Francis was hesitant at first, but when shown a large stack of money that was earned from wrestling, he soon changed his mind. Francis moved to Florida to be broken into the wrestling business, until he was ready to compete in his first professional match. 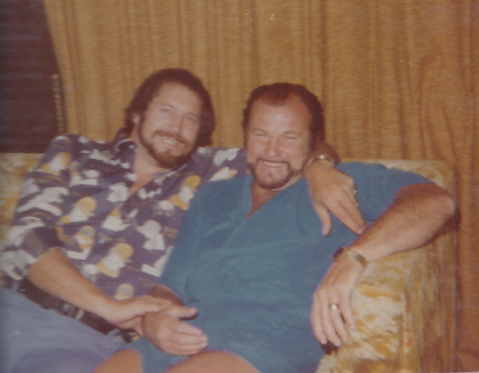 Carl Dennis Campbell aka (Luke Brown)(Mountain-Man Campbell) with Dutch
Francis made his pro debut in 1962 in Macon, Georgia using the ring name Lonnie Brown, then spent the next few years competing across North America, in Hawaii and in Japan (going by the ring names Mr. X, Dutch Schultz, and finally landing his trademark name Dutch Savage) before he settled in the Pacific Northwest region in the late 1960's, splitting his time between PNW in Portland and NWA All Star Wrestling in Vancouver, British Columbia, and adopting his most famous ring name.
Newspaper clippings from when Dutch was known as Dr. X 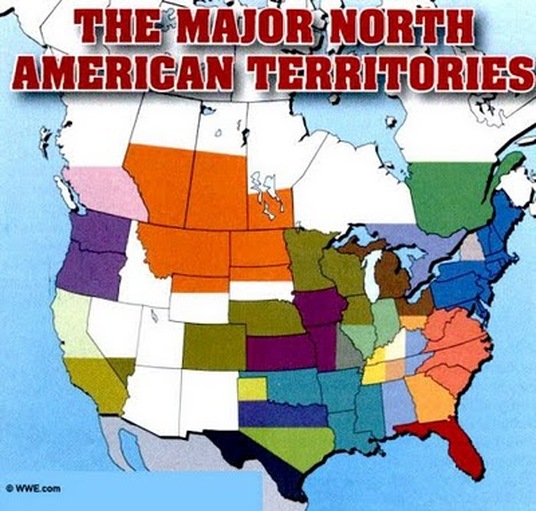 Savage wrestled mainly as a heel early in his career, but would turn face-around 1971 during a feud with Bull Ramos in Portland. He also formed a legendary tag team in PNW with Jimmy Snuka that won six Pacific Northwest tag team titles; one of their reigns lasted for a record 11 months in 1974-75. He originated the Coal Miner's Glove match in 1972 in Eugene, Oregon, and went undefeated in that specialty match during his career. In Vancouver, Savage captured 13 NWA Canadian tag team titles, second only to the record of 18 Canadian tag titles won by Don Leo Jonathon (with whom Savage won the championship once, in 1977). 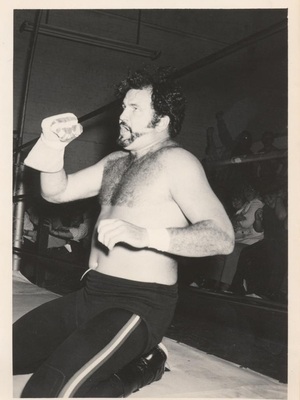 Dutch after winning the Coal Miner's Glove match,  his very own trademarked event
On the promotional side, he later bought out Sandor Kovacs' ownership stake in the Washington territory and would also purchase a one-third portion of PNW, getting into promoting as well as doing color commentary for PNW's Portland Wrestling program on Portland station  KPTV (syndicated outside of Portland to the rest of Oregon and Washington as Big Time Wrestling) after his retirement from active competition around 1981. 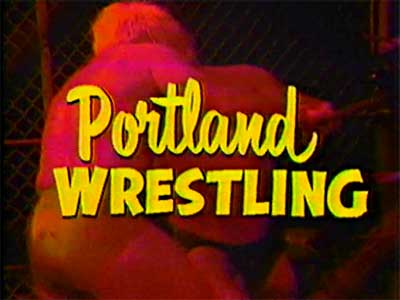 Savage was involved in real estate for many years after his wrestling career, but eventually retired. He became an administrator for his official website (Dutch Savage.com) and hosted a program called "Dutch's Corner", where he taught the King James Scripture, on public access cable out of Portland, Oregon. He and his wife Willa lived on their farm in the mountains of southwest Washington State, close to Mount St. Helen's, and adopted Yacolt, Washington, as their home town. This is where Savage resided for the last parts of his life. 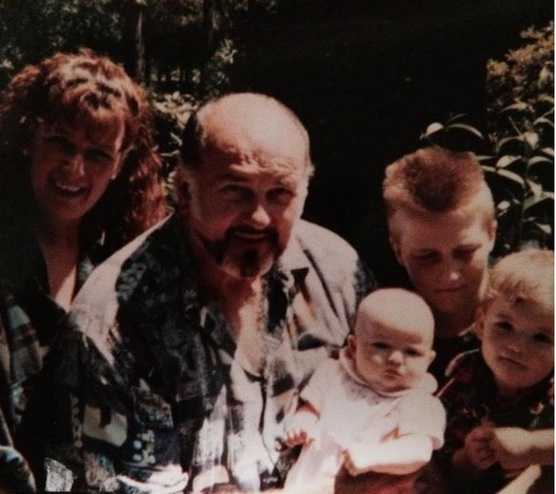